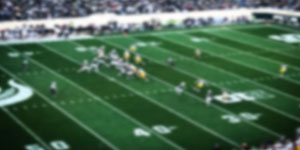 North Forsyth beat Brookwood 44-41 in the first round after trailing 41-16 in the second half. Junior QB Brady Meitz passed for 362 yards and five touchdowns, four to Nicky Dalmolin, who had 13 receptions for 237 yards. It was North Forsyth's first playoff victory since 2005.

McEachern, ranked No. 2, had a much easier time in the first round as the Indians beat North Paulding 47-29 after leading 47-9 at halftime. Jordon Simmons (committed to Michigan State) rushed for 111 yards, giving him 872 on the season. Carlos Del Rio-Wilson (committed to Florida) has thrown for 1,661 yards.