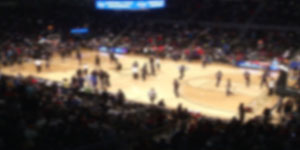 Cassidy Boensch had 16 points and 12 rebounds for Bay City John Glenn in its Class B Semifinal against Marshall. Boensch later made two free throws to give her team the lead with 14 seconds to go, but Marshall scored late to prevail, 43-42.